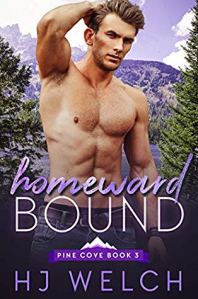 After Micha Perkins finds himself wrongly implicated in a crime, the last person he wants coming to his rescue is his secret crush Swift; his older brother’s best friend. But when Micha returns to the town that never felt like home, he discovers Swift’s young daughter is in trouble as well. If Micha can help them both in any way, he knows he will.

Self-defense coach Swift Coal never realized he was a father until he gets custody of five-year-old Imogen and her cranky cat. His neat and tidy life is about to come crashing down, but to his surprise, Micha Perkins is there to save the day. He’s so damn good with kids, and just as cute as Swift remembers. When Micha moves in to help look after Imogen, Swift struggles to repress the feelings he’s kept hidden.

Micha’s always been a misfit and Swift’s life was always orderly. Micha may have taken the fall to protect those more vulnerable than him, but who will save him when his past comes back to haunt him? Was Swift a fool to risk the safety of his daughter around a bad element like Micha? When their chaotic worlds collide, perhaps love and family are the middle ground they both need to become stronger together.

Homeward Bound is a steamy, standalone MM romance novel with a guaranteed HEA and absolutely no cliffhanger.

Homeward Bound by HJ Welch is the third standalone in her Pine Cove series. It was a sweet mm romance about love, family, and acceptance.

Swift gets an unexpected surprise thrown into his routine life, he has a five year old little girl that he never knew about. He has to juggle taking care of her, her not so friendly cat, and work so the last thing he needs is to have a sudden attraction to his best friends younger brother. Micha has had some bad luck in the foster system, even after being adopted by a great couple he still lashed out. After he almost finds himself behind bars he decides to head home to Pine Cove. He’s doesn’t feel like he’s good at much, he’s shy and insecure, but he understands kids. He doesn’t feel judged by them, so he looks forward to spending time with his niece and nephews. Micha ends up being a hug help to Swift and the more he helps the closer Swift and he become. Yet, Micha’s self loathing and trouble from his past get in the way of the three of them becoming a family.

“In fact, if anything were to ever happen at all, Swift was pretty damn certain he’d treat cute and lovely Micha like a damn prince.“

Swift was charming, Micha a sweet heart, and little Imogen absolutely adorable. I just loved everything about Micha and Swift together. Swift was the supportive and loving partner that Micha really needed to show him all his worthy attributes. Micha was so hard on himself and his lack of self-confidence was heartbreaking. I enjoyed watching him slowly become comfortable and opens up with Swift and their gentle intimacy. Sometimes in single parents romance the actual child gets lost in the background of the story but Imogen stood out strong with her polite manners and her utter acceptance of others.

“Before you and Imogen, my life was all boring and orderly. Now I have mess and chaos and love, and I wouldn’t have it any other way.“

One thing I love about HJ Welch is how her stories have such a strong focus on acceptance. As a same sex romance it’s to be expected but unlike many romances it really stresses the importance of it. Her characters run into people who aren’t so accepting, but they handle it maturely. Love is love and it doesn’t matter if you’ve always known who you are or just figuring it out. It doesn’t matter where you land on the sexual orientation spectrum you deserve to find love and build a family.

“He was a little boy nobody had wanted. How could he grow up to be somebody that felt so loved?“