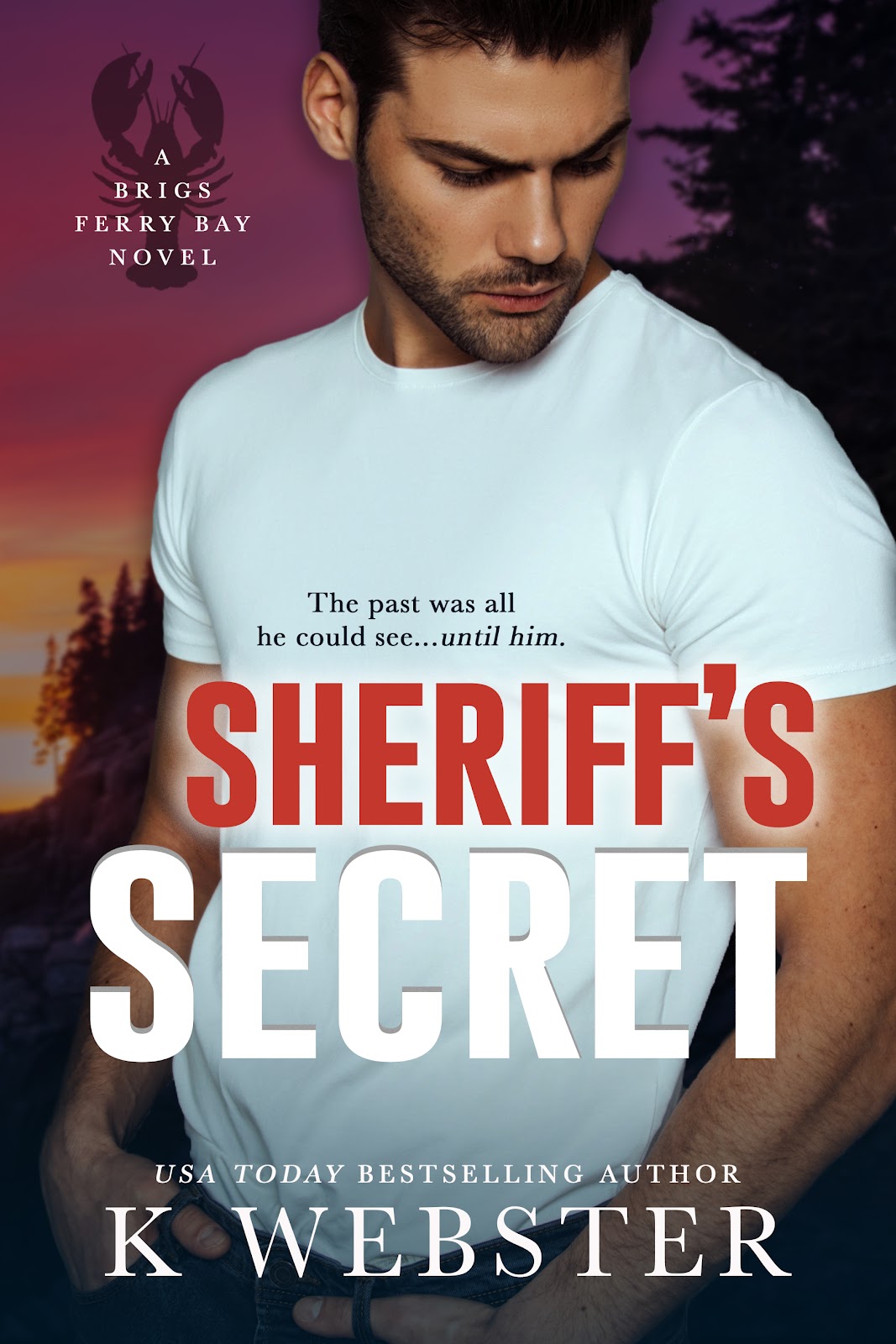 The past was all he could see…until him.

When you’re the sheriff of Brigs Ferry Bay, certain things are expected of you.
Marry a local girl, settle down, have a few kids. You know, the small-town dream.
But I’ve got a secret I’m terrified will get out.

I’m gay.
Not bi. Not curious. Not confused.
Just gay.
So, settling for that dream won’t be happening.

If this secret gets out, the people I serve and protect, especially my father, won’t be accepting.

I’m not brave like my high school sweetheart, Kian.
The day he came out was the day I had to let him go, and with it, love.

I’ve done a great job of pretending I’m perfectly fine being single. Until a villainous and annoyingly charming new B&B owner, Dante Kincaid, rolls into town. The spark between us is electric and undeniable. He wants to give me a taste of what he has to offer, and better yet, he vows to be discreet. I’m too selfish to refuse.

But my secret is still a heavy burden, leaving me handcuffed to expectations and unable to fully grasp what I want–him. History has a way of repeating itself, but this time around, with Dante, it’ll hurt a lot worse. 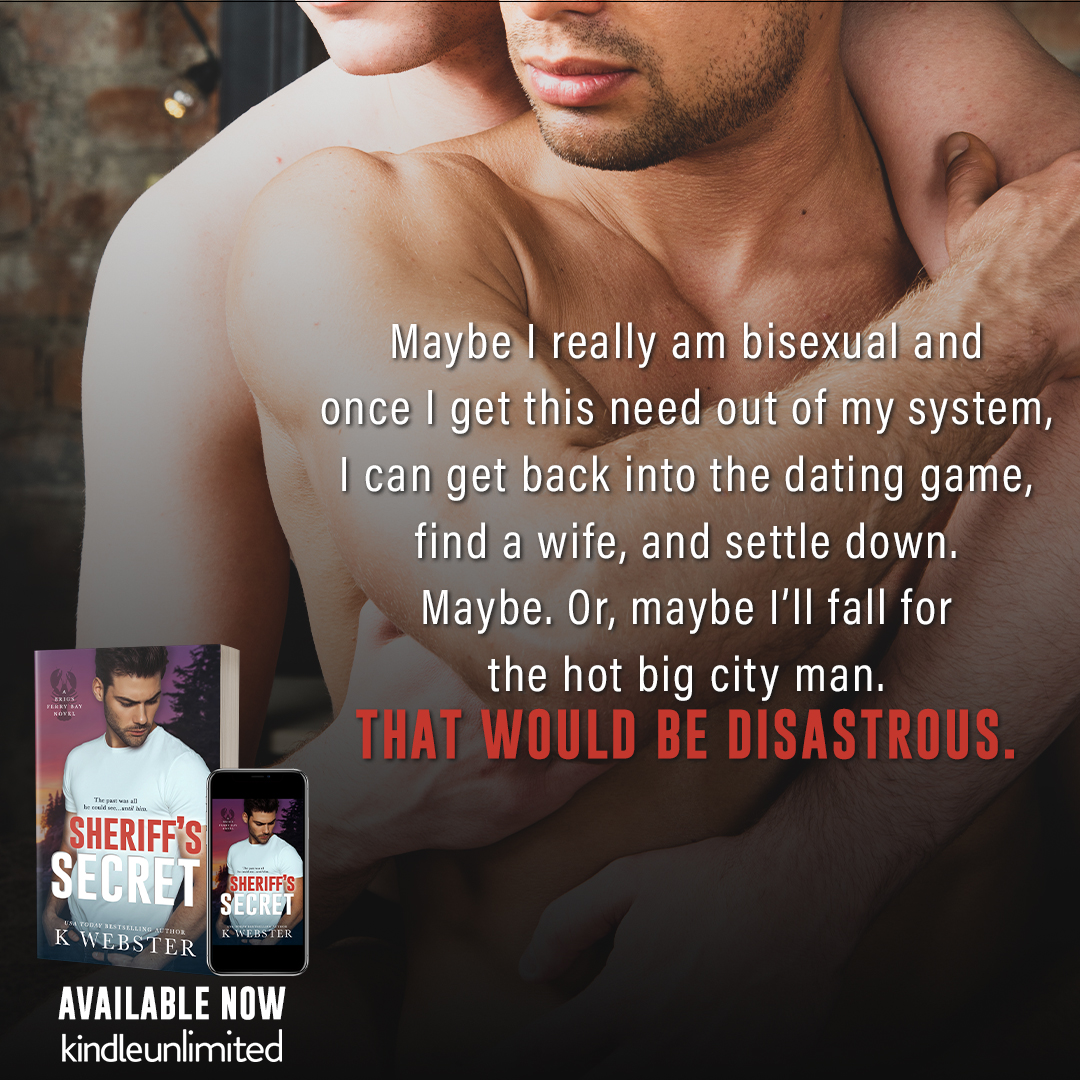 Download today or read for FREE with Kindle Unlimited!
http://mybook.to/sheriffssecret 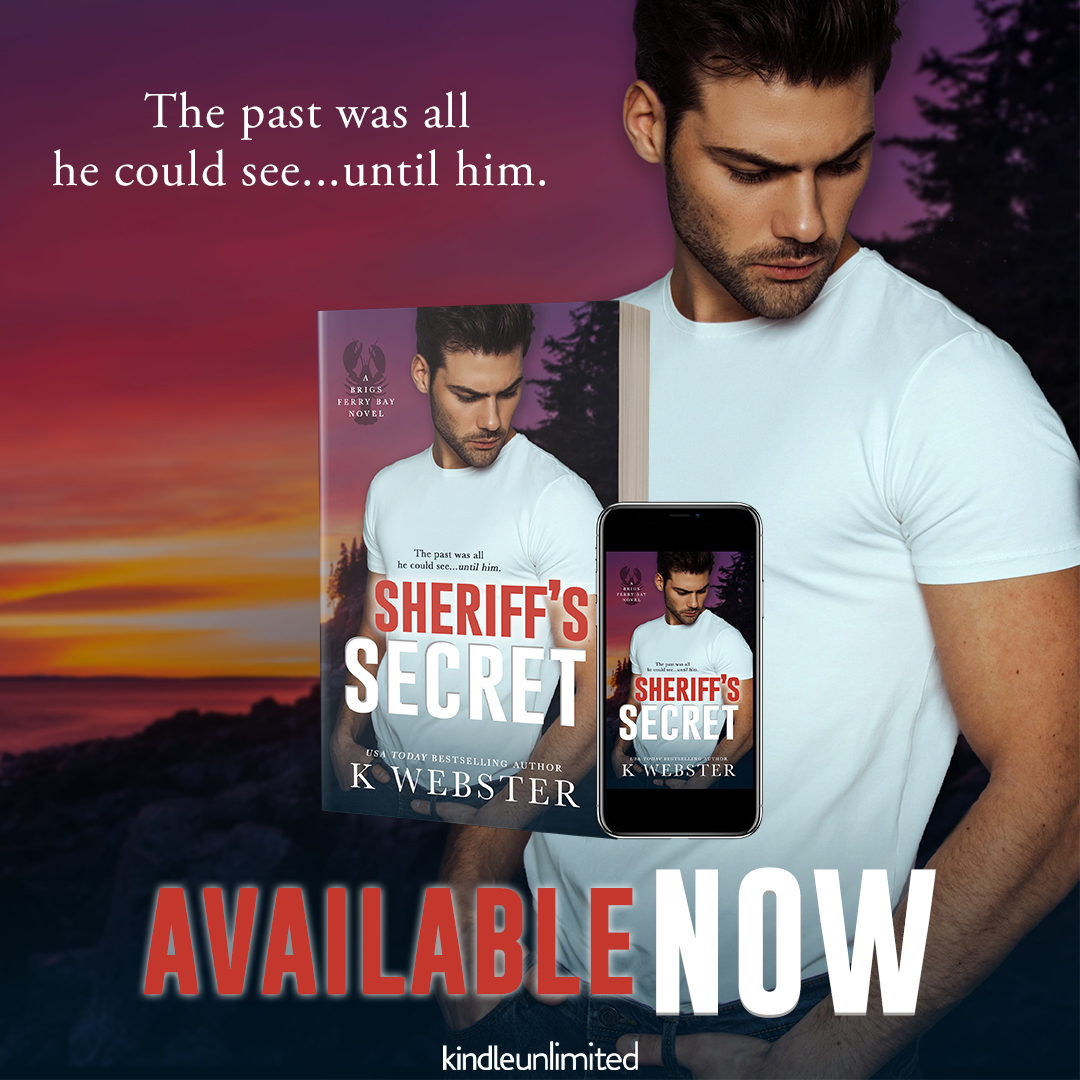 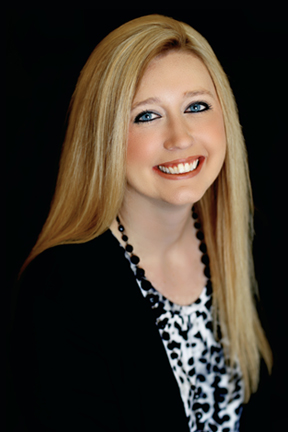 K Webster is a USA Today Bestselling author. Her titles have claimed many bestseller tags in numerous categories, are translated in multiple languages, and have been adapted into audiobooks. She lives in “Tornado Alley” with her husband, two children, and her baby dog named Blue. When she’s not writing, she’s reading, drinking copious amounts of coffee, and researching aliens.

Sheriff’s Secret by K. Webster is the first book in a new shared by authors series, Brigs Ferry Bay. I went into thinking I was getting a feel good small town MM romance with emotions. That was my bad because while it was definitely emotional it was missing the feel good vibe of most MM small town romances I read. The town of Brigs Ferry has some accepting kind people but more than a few homophobic hateful folk too. I really think the book should have some trigger warnings in it’s synopsis for the homophobic slurs and hate crimes that you’re going to encounter in this book. You might think by this opening paragraph that I didn’t like the book, but I really did I promise, it just wasn’t quite what I expected.

“Giving you what you desperately need.”
He frowns, his chest heaving. “What’s that ?”
“Freedom to be yourself. No judgement.”

Jaxson, sheriff of Brigs Ferry Bay, knows he’s gay but is so far in the closet that he is hyper aware of all his actions. In highschool is best friend and first love asked him to come out, and he chose to break their hearts instead. Now as an adult he is still very possessive and hung up on his ex but can’t show it which turns him into sort of an a**hole at times. But in reality Jax has a huge heart and openly cares for his friends, even if he’s in the closet he doesn’t treat those that are out with anything but respect. When he comes face to face with new town business owner Dante, his hold world is thrown into a spin. Now his ex isn’t the first thing on his mind, he’s discovering new parts of himself, and he’s found someone who is worth fighting for.

“Dante Kincaid is dangerous to me, but right now I don’t care. I just want him, consequences be damned.”

It took me a bit to bond with Jax, and it wasn’t because he was in the closet, which was completely understandable, no one should ever be forced to come out until they are ready to. For me, it was because he was so hung up on his ex and made many of his moments with Dante feel tainted with his thoughts of regret and shame. Yet even if on the outside he comes off cold he is a big softy, who can’t help but adopt stray cats and loves his brother and friends fiercely.

“Jaxson Bell has the power to hurt me. I’m the idiot who’s going to let him.”

On the other hand, I immediately liked Dante. Dante is fun, flirty, honest and unapologetic. From the first time him and Jax meet he doesn’t let Jax intimidate him and holds his own. He also handled their arrangement way better than I was while reading it lol oh how my heart broke every time Jax acted like what they were doing was a mistake.

Our kiss transform from sweet to needy almost in an instant.
“I’ve been dying to taste you,” he murmurs in between kisses. “Longest day ever.”

Together, Jax and Dante are explosive. They go from enemies to lovers with some fantastic banter along the way. Dante has a way of unraveling Jax, who is wound up so tight. Jax turns to putty around him no matter how much he fights it. There’s a lot of sex in the book which was well written and hot a hell, so I’m not complaining. You could feel the instant connection between them and when it quickly becomes more than just hooking up, it seeped from the pages. Your heart goes on this journey with them, and it hurts while Jax struggles to fights his fears and find the courage to choose Dante publicly.

All in all I really enjoyed Sheriff’s Secret by K. Webster. It’s a steamy small town romance which heart bearing honest moments, sweet sibling relationships, and some intense harsh events which includes homophobic slurs and hate crimes. A read that will definitely play with your heartstrings.