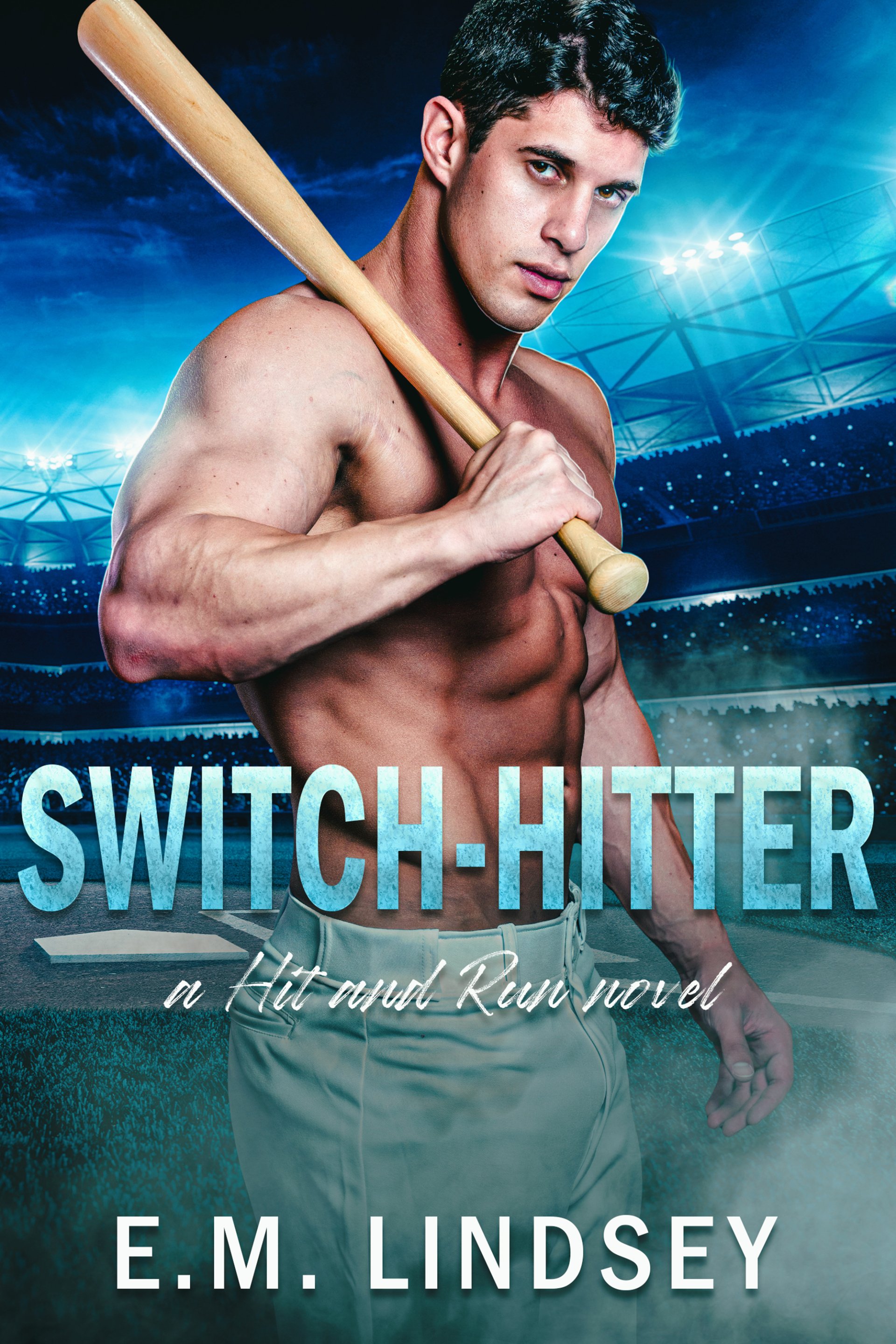 And then Thierry shows up and Pietro realizes his mistake. Because he knows Thierry. A little too well.

But Pietro also knows the man needs a job. An injury destroyed his former career and Pietro is nothing if not a bleeding heart. Besides, he doesn’t have time to search for a new chef, not with the World Series looming and his team ready to go all the way.

Life gets more complicated, though, when he and Thierry cross a line one night after a lot of wine and several bad jokes. And while hooking up is one thing, Pietro knows the last thing in the world he needs is for his heart to get involved.

Switch-Hitter by E.M. Lindsey is the first in their new Hit and Run series. Pietro is a successful MLB star with one substantial problem: he can’t cook. He decides to try out bringing in a personal chef to prepare meals for him and get him on the right nutritional track during the season. Pietro never expects Thierry to show up at his door as an applicant for the job, especially since the last time he saw the man he had laid him out with a punch that broke his teeth. Thierry knows that this will never work with Pietro but knows he’s also out of options after an incident leaves him paralyzed from the waist down. The two men start out with so much hostility towards each other but as they let their walls down they learn that maybe they aren’t who each other thought they were.

Pietro is a man who struggles under the pressures of a professional baseball career. He knows he needs to take care of himself but his late in life diagnosis keeps him from maintaining a schedule easily. He never thought he would see Thierry again, let alone be offering him a job but life takes turns that people never expect. He knows he should maintain a professional distance and just appreciate all the work Thierry does but Pietro’s loneliness calls out to the other man. It’s never as simple as a physical connection though and both men will find themselves struggling to put the past behind them and trust what they are building in the present.

He had a long road ahead with Thierry, but he was willing to walk it – to fight anything that came up along the way, because he wasn’t going to let this go.

Thierry has struggled for a long time to find freedom. First he needed to find his way out from under Herve and then reclaim his freedom of motion after the accident. He never expected to need anything from Pietro but when the job comes up, it’s exactly what he needs to keep himself afloat. He doesn’t expect to connect with Pietro and struggles to trust his own judgment when it comes to what’s happening between them.

He wasn’t just falling. He’d already fallen. And it was too late to save himself.

E.M. Lindsey always takes the time to present disabilities of different types with respect and honesty. They don’t sugar coat the difficult times and the fact that there are setbacks of all kinds whether physical, emotional or mental makes the story much more believable and relatable. This story was no different as Pietro and Thierry deal with not only physical disabilities but also the emotional toll the past takes on people. These two men have a difficult road ahead of them but with a solid cast of supporting friends and family they are able to traverse the troubles that arise.

4 stars for an emotional journey for Pietro and Thierry who must leave the past behind for a brighter future.