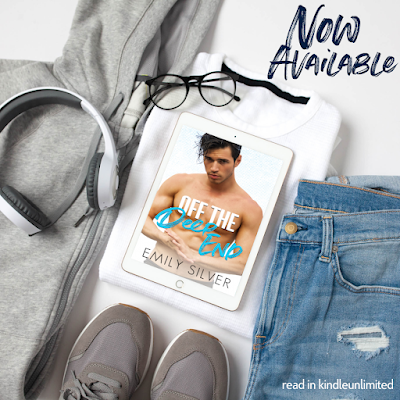 Sending the reporter that knows nothing about sports to cover the Olympic star? Disaster waiting to happen.

My entire life, I’ve had one dream. To be the best reporter I can be and tell stories that matter. When the opportunity to shadow an Olympian lands in my lap, I’m determined to rise to the occasion. But nothing can prepare me for Wes Cooper in all his glory.

Wes is the cocky athlete who has no interest in having a green reporter standing in his way. Or asking too many questions.  Which is fine. I’m here to do my job, not be his friend.

But when he extends an olive branch, I start to rethink things.

There’s clearly more to him than meets the eye. The more time I spend with him, the more I want to know.

Except when he looks at me like that, I feel all kinds of unprofessional things. 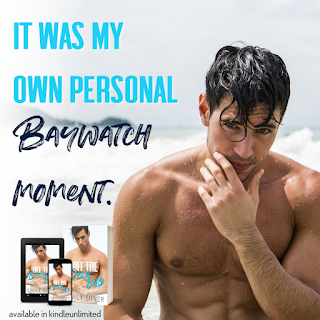 Hello! After winning a Young Author’s Award in second grade, Emily Silver was destined to be a writer. She loves writing strong heroines and the swoony men who fall for them.

When she’s not writing, Emily can be found sipping cocktails on her porch, reading all the romance she can get her hands on and planning her next big adventure!

To learn more about Emily Silver & her books, visit here!

Off The Deep End by Emily Silver is a new Olympic MM romance. Wes Cooper is recovering from a serious injury and hoping to make a splash before his diving qualifiers. He never expects his trainer to say that the way to get him back in the public’s eye is to have a reporter follow him through the trials and tribulations of Olympic training and preparation. Finn Anderson is trying to write meaningful stories and impact lives, he’s not quite sure how writing about a diver coming back from an injury will do this but he’s willing to give it a try. What he’s not expecting is to connect on a much deeper level with his subject. Getting to know Wes is eye opening in so many ways and the two men find themselves heading towards an unknown future.

Wes Cooper is a professional athlete and it has taken over every aspect of his life. He doesn’t allow himself much outside of training so when Finn comes into his life and starts analyzing it Wes’ eyes are opened to how much more there is outside of diving. Wes appreciates Finn’s honesty and his quirks. The two have a lot of chemistry in the bedroom and provide each other with a lot of support outside of it as well.

All I want is Finn, the journalist who is writing my story in a way I never knew I needed to be told. I didn’t want to fall for him, but life is funny that way.

Finn Anderson is in over his head with his new assignment. He doesn’t want to stay on the community beat any longer and hopes that this will be a good jumping off point. He never expects his immediate connection with Wes Cooper. Wes is so beautiful on the outside and his heart ends up being just as attractive. Finn realizes that maybe he doesn’t need the notoriety he was seeking if it means keeping Wes.

The water clings to him like it needs him to survive. Like nothing is immune to the charm and influence of Wes Cooper.

This story was an enjoyable low angst sports romance. When someone’s entire life is based around throwing themselves off a three story high platform that is bound to get to you and watching Wes struggle with returning to the sport he loves was important. I appreciated that the author took the time to acknowledge the importance of mental health awareness for professional athletes and how we as observers don’t realize the toll this kind of intense training takes on a person. That being said I feel that the rest of the story didn’t shock or surprise me but I was left feeling content about the outcome.

3 stars for Wes and Finn diving into the unknown together.