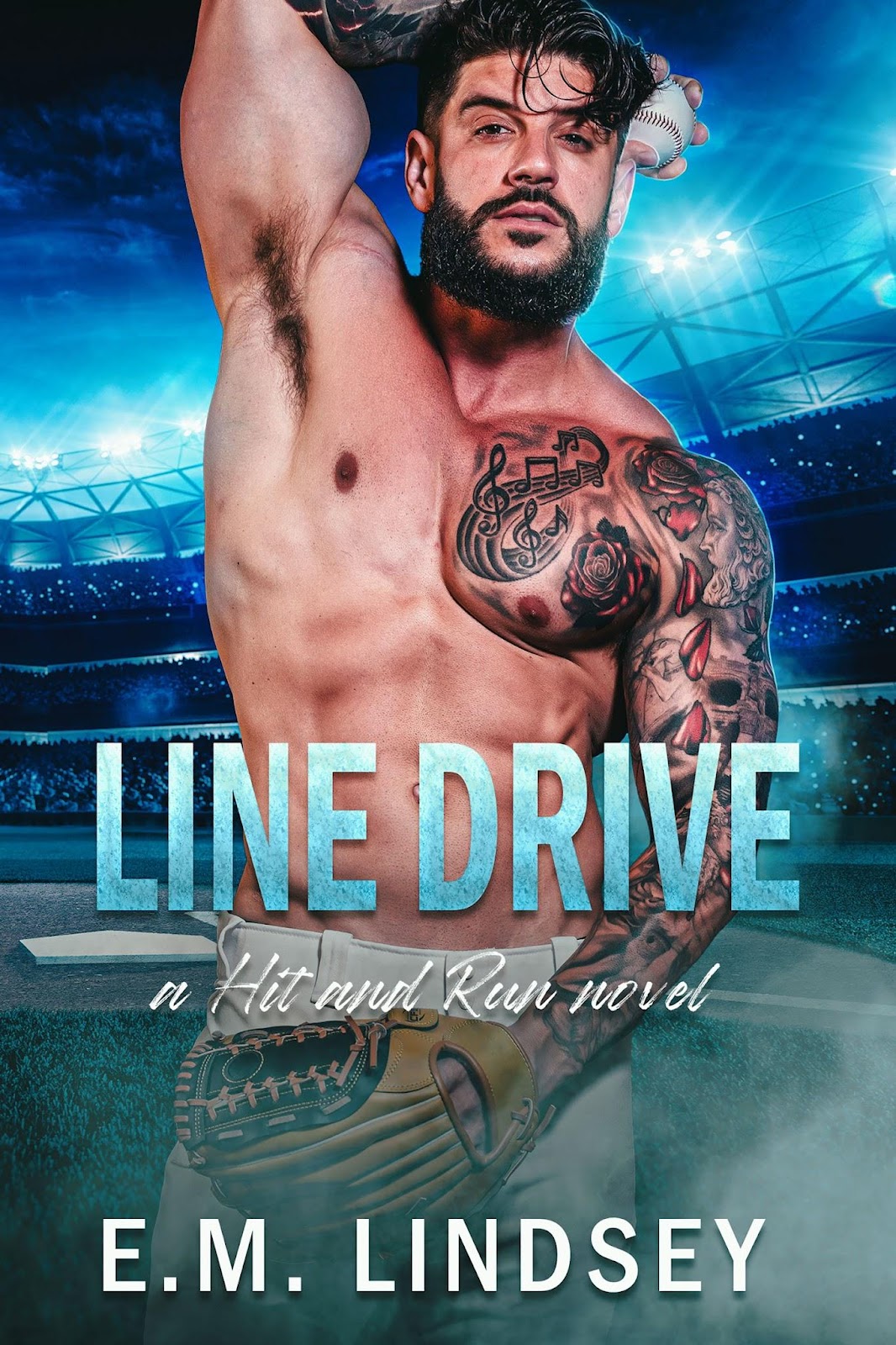 Pitching…
…and running away from his feelings.

So, when he comes face to face with a high school baseball coach who gets under his skin like no one ever has before, James isn’t quite sure what to do about it. After all, Ridley is smarmy, annoying, ridiculously good looking…

And worst of all, straight.

Then, James’ world is turned upside down one evening when Ridley admits that he’s been having thoughts. Thoughts about James. Thoughts that are making him question his own identity.

James knows he won’t make a good boyfriend, but the way Ridley looks at him, the way Ridley trusts him, makes James realize that maybe—just maybe—there’s something worth fighting for. 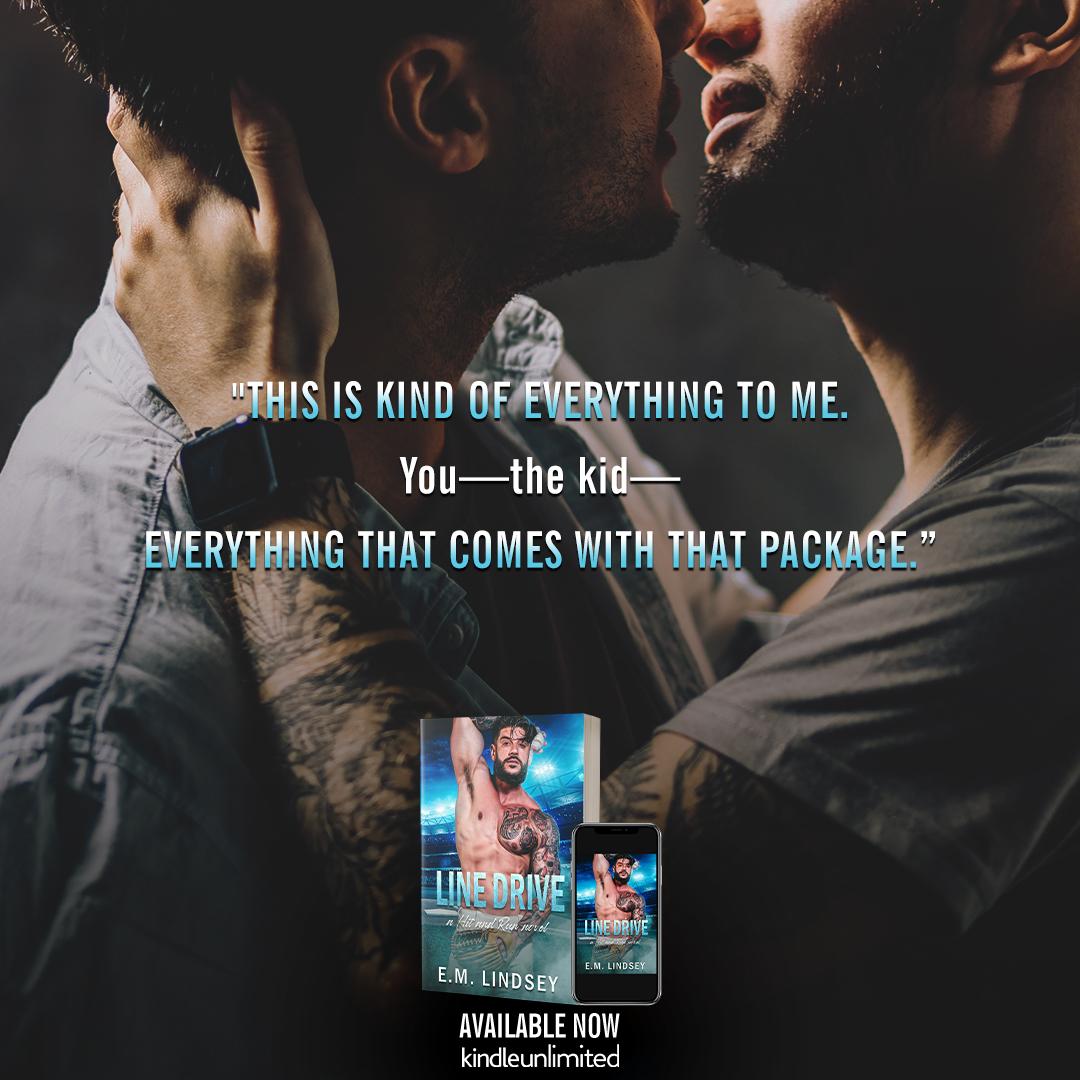 Download today or read for FREE with Kindle Unlimited!
https://bit.ly/3u37p5F 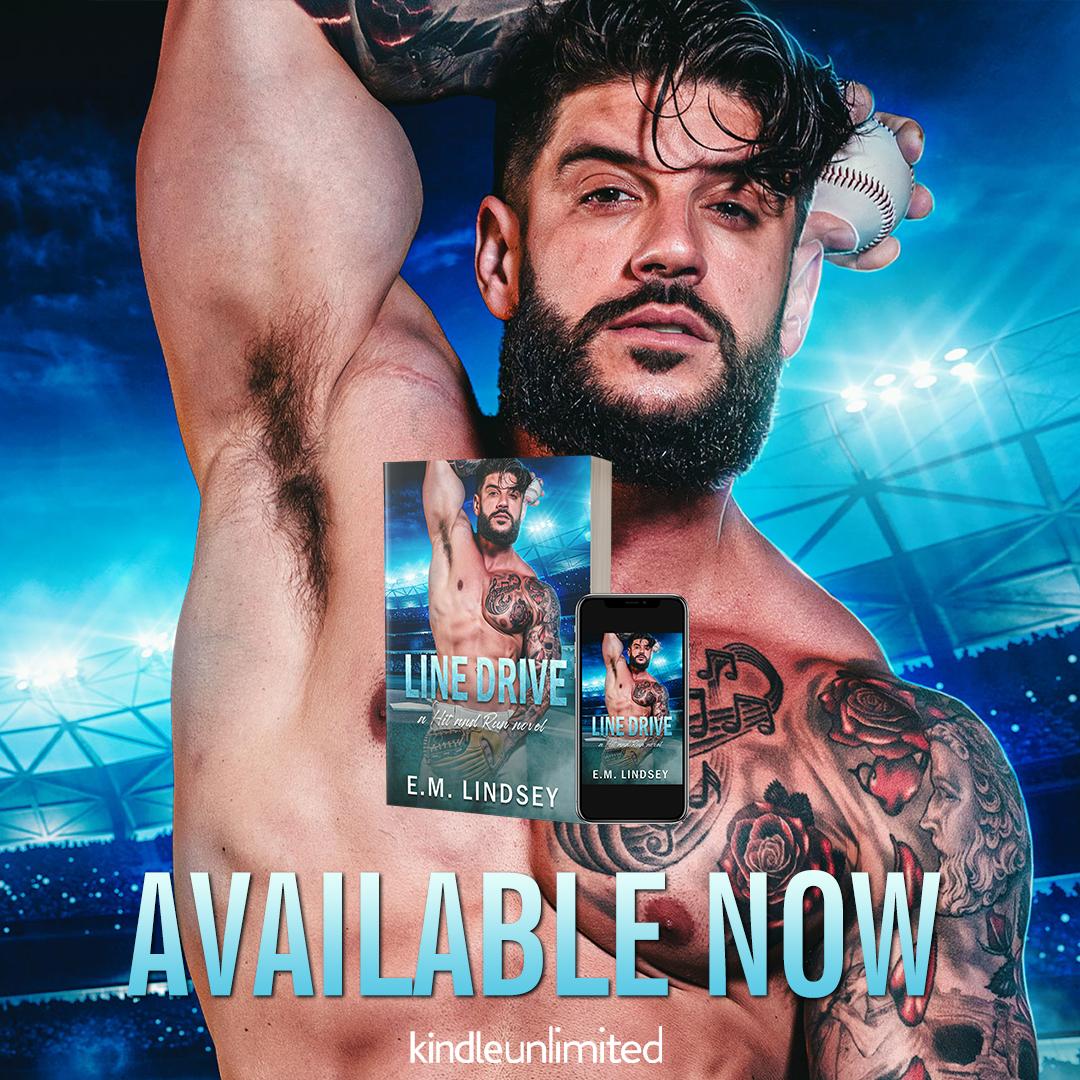 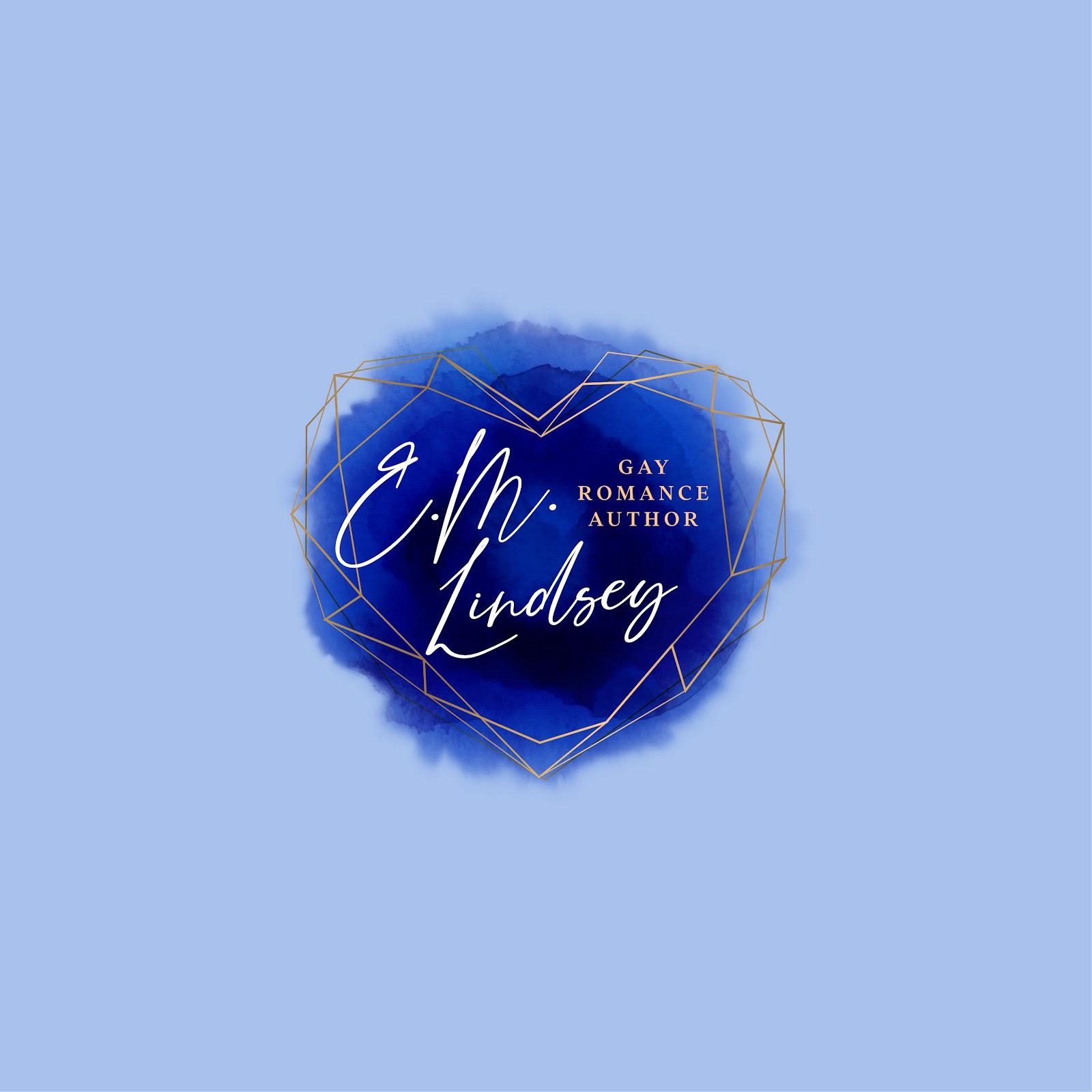 E.M. Lindsey is a non-binary, MM Romance author who lives on the East Coast of the United States. When they’re not working, EM is spending time on the beach, kayaking, swimming, and playing with their dogs.

Line Drive by E.M. Lindsey is the newest addition to their Hit and Run series. James Harney has made it through a tough childhood and is living out his dream as a MLB pitcher and business owner. On a whim he decides to purchase a failing bookstore but never expects that a new employee’s father will turn his world upside down. Ridley is trying his best with his son but keeps coming up short when it comes to Phoenix. When Phoenix comes home saying he wants to work at the bookstore, Ridley is forced to face the new owner who is no other than James Harney. The two men start on a rocky path but when they open up and give into the spark between them they find there’s so much to explore.

James Harney has been trying to outrun his past since he was picked up playing community league baseball after his stint in prison. He has Pietro who is his ride or die but struggles to connect long term romantically due to a lack of feeling worthy of love. He feels immediately attracted to the snarly single dad of his new employee but wants to try and trust his heart on Ridley.

Love or loss. Heartbreak or not. He was ready.

Ridley has never truly embraced who he really is. He’s been dedicated first to his wife and then to his son but that only brought him so much happiness. His first breath of fresh air comes when he allows himself to give into his feelings for James. He is trying to be a good father and struggles to balance his growing connection with James.

Ridley groaned as he felt his heart crack a little more, letting in feelings – letting in the want for something that was more than just physical.

Alright here’s some real talk, I struggled to feel any chemistry between the MCs which led me to not connect with either of them. That being said Phoenix stole the show 100% with his trans identity as well as his CP not keeping him from pursuing what he wants from life. I adored the fact that he never held back when talking to James and cringed when he lashed out at his father although it felt deserved at times. Both James and Ridley needed Phoenix to pull them out of their stupor when it comes to each other. I also loved seeing Pietro be there for James and not be afraid of showing emotions to each other. That being said this book had strengths in the secondary characters but the MCs just didn’t click for me.

3 stars for James and Ridley finding their worthy of each other’s love.